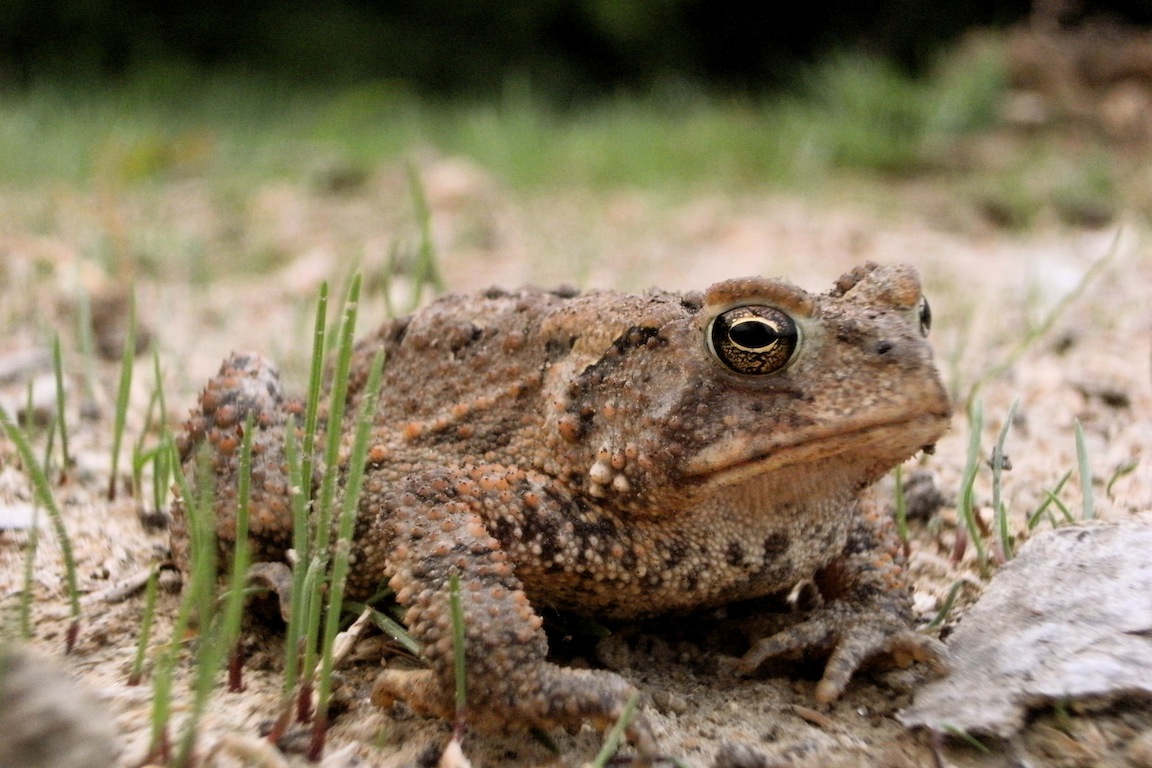 It was back in 1968, that the Wells Mills Frog Farm first saw the light of day. Even the locals were unaware of the giant 10-, 20-pound, and even larger, frogs that were being dredged up at night, from a secret Wells Mills Road lake, for shipment the following morning to the Fulton Fish Market in New York City. The record catch was a 27-pounder affectionately named Tom, who was kept as a pet, but on a chain.

At this point, for the benefit of you skeptics who may be thinking, “Sounds like another one of those Baron Munchausen tales that those Pineys are always making up,” well, perhaps you’re right – at least in regards to this particular tale.

However, at the time this story got started, there was a believer, a disc jockey known to the farmers only as “Cowboy Joe.” He had just embarked on a Saturday night, 6 p.m. to midnight, country western music and talk show, on the then new FM station WOBM in Berkeley Township.

Cowboy Joe was sharp, and he had talent. His show was really great, so they say. Apparently Joe was inspired by the homey, Jersey bayshore area atmosphere, so different from that of his regular station up north in Brooklyn.

On the other hand, Cowboy Joe was a city boy. He knew from nothing when it came to bayfolk, Pineys and such. That’s how come he bit the hook, line and pork rind when he first met and became friendly with four local guys – Cliff Oakley and Toby Spatt, both of Manahawkin; Bill Sneddon of Waretown, and Bob Kruysman, known locally as Kaptain Krunch of the same name bait and tackle shop located on Route 9 in Waretown.

It all started when Sneddon and Kruysman checked in at the recently opened radio station. Both men were police officers at that time. A pot of coffee was kept going in the office for visitors.

This was a welcome treat for the officers since there was no other place for coffee on Route 9 back then.

There they met the new announcer and got to gabbing. They were asked what it was like down here, and whether there were any things of special interest in towns like Waretown.

“Frog farm?” exclaimed Cowboy Joe. The two men, with serious cop demeanor, but as a joke, began to embellish on the frog farm story. Neither could later recall just what made them do it.

“It was just a spur-of-the-moment thing – we got carried away,” Kruysman said, adding “Maybe there was something in the coffee.”

Oakley and Spatt were then brought into the growing conspiracy. The two schemed and they thought up the idea of buying a pair of choice frog legs from Clayton’s Restaurant on Route 70 in Barnegat. They wrapped the purchase in tinfoil and fastened a bow on the package. This they then delivered to Joe along with a bottle of fancy French wine.

The boys were invited into the broadcast room. Oakley, who loved good western music! asked if more Eddie Arnold platters could be played. Pleased with his gift, Joe agreed.

More details about the farm were sought. In unison, they said, “Sure.” Then each tried to outdo the other to dream up some of the more unusual frog farm “facts.” It went something like this.

“We pack from six to eight, sometimes 10, cases each night.”

“How much does a case weigh?”

“Oh, maybe a hundred pounds or so. Only four to six frogs can be fitted into one case. We have to pack’em in standing up.”

“How come the frogs grow so large down here ?”

“They eat up lots of big, fat Jersey skeeters lots of’em. Sometimes we camp out all night and never get bit once. Those frogs get’em all.”

“But we ain’t shipping right now.”

“Drove the price way down, we did. Have to hold back until the price goes up again.”

Oakley then explained how they dredged for the frogs, from a rowboat, using a special jumbosize frog dredge that Spatt had made up. Kap’n Krunch added later, “Yeah, but we trolled for them, too.”

Then one Saturday night Cowboy Joe aired the Wells Mills Frog Farm story. As it so happened, All the startled culprits had gathered in the Oakley cabin as they often did on a Saturday night. Recalled Oakley, “We laughed so hard that tears rolled down our cheeks.”

The D.J never did learn of the hoax that had been played on him. But then again, who can know for sure whether or not the “Cowboy” wasn’t pulling a leg or two himself?

Thereafter, Cowboy Joe would always play at least one, or even three or four, Eddie Arnold records on his show. With that, he would say, “How are all the guys doing at the Wells Mills Frog Farm?” Soon after, he had to return to his permanent job up north in Brooklyn.

The 20th anniversary of the broadcast of the Wells Mills Frog Farm story on WOBM was celebrated at a reunion held in a backwoods cabin off Wells Mills Road (Route 532) in Waretown on a Saturday in 1988. Present were Oakley, Sneddon (now the police chief in Ocean Township) and Kruysman. Absent due to the frigid weather was Spatt. With snow in the cabin fireplace, who could blame him?

The story was re-enacted, as it is at each frog farm reunion, amidst spasms of laughter. Somehow the story keeps growing, as Piney legends are wont to do.

At the get-together, Kap’n Krunch, with a crododile tear glistening at each eyelid, remarked, “Those were the days. Haven’t caught a 21-pounder since. We overfished, I guess.”

Then Oakley explained what had happened to old Tom, their 27-pound pet frog. “Broke his chain, he did. I still got the piece that was left.” And breaking up, he dragged out a length of rusty chain. “Last we saw of ole Tom he was three miles west of the landing heading towards Brookville. Never saw him again. Poor Toby took it real had. Tom had taken a special liking to Toby.”

Thus ends the saga of the long-gone, Wells Mills Frog Farm. Or does it?

Note: This page is from an article that appeared in the SandPaper, Wednesday, February 10, 1988 by Cornelius Hogenbirk. Cliff Oakley is now a Park Ranger at the Wells Mills County Park. If you visit the park, look for him and ask him about the frog farm. It will make his day.

Bob Kruysman sold his interests in Waretown and is now retired in Florida.