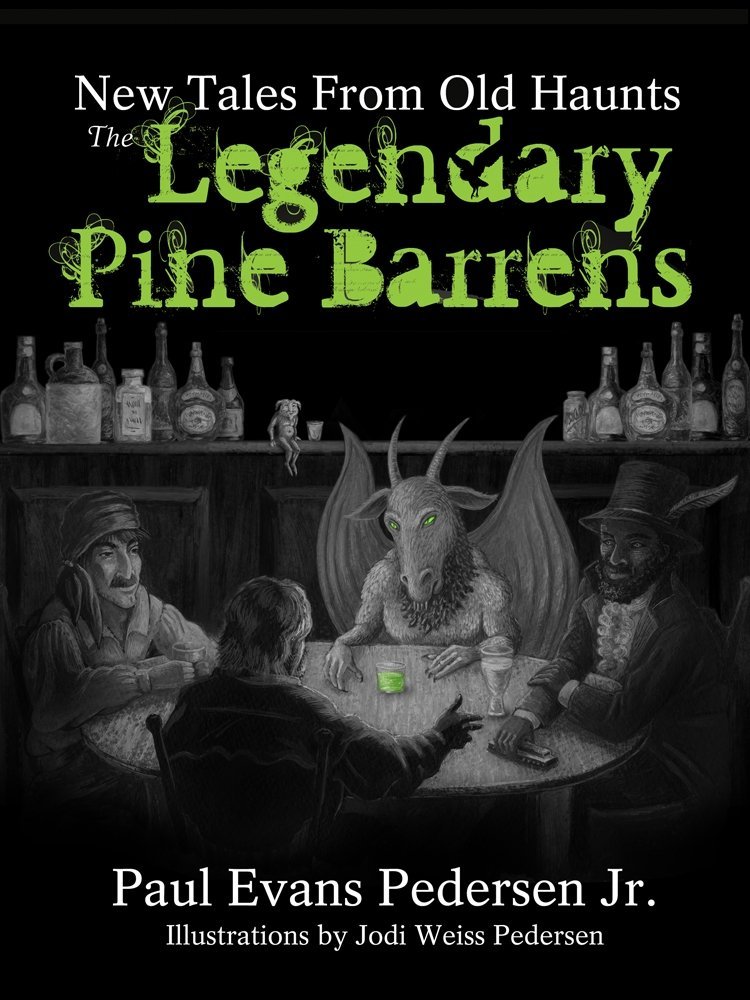 Manufacturing stories and tall-tales is an industry linked to South Jersey as much as iron making or growing cranberries has been. For centuries, the folks of Down Jersey have spun fantastic yarns; take, for example, the legend of the Jersey Devil, the White Stag of Shamong, and Peggy Clevenger’s mysterious boiling well to just name just a few. Just like the Pine Barrens furnaces were obsoleted by new technology, you might think that the Internet and cable TV have supplanted the South Jersey storytellers. Everyone’s heard the same tales over and over, and nobody ever seems to have a new story to share – until now.

Paul Evan Pedersen, Jr.’s new book, The Legendary Pine Barrens: New Tales from Old Haunts, changes all of that. The subtitle of the book is a succinct description of what lays in between the covers. As John Bryans, author of the foreword of the book points out, these aren’t your grandfather’s (or grandfather’s grandfather’s) Pine Barrens yarns. From the jump, Pederson wastes no time getting down to business. Leading off with a tale of a mad pirate; a beautiful strawberry-blonde woman; a magical Lenape Indian well; and a night of passion, Peterson weaves a splendid, if not somewhat racy, reboot of the famous Jersey Devil legend.

Not all of the stories in the book are retellings of old legends. Pederson has come up with some winning original tales in this book, one example of which is The Hangin’ Tree, that has an ending that would make O’Henry proud. There’s an element of modern day horror in the legend of The Deadbus, which I found particularly gripping. The same thing goes for Dr. Mason’s Patient, which explains a particularly obscure bit of Jerseyana trivia. Weird NJ fans will love The Goin’s-Ons Out on Purgatory Road, which has always been a perennial favorite for teenagers looking to scare themselves.

I felt as if I might be reading an early Stephen King novella in my favorite story, The Secret of Salamander Pond. Pederson is at his best here, weaving a tale of the friendship of four boys who discover a secret hidden in a pond deep in the Pines. Somebody, or something, isn’t pleased and makes an effort to pursues the boys to ensure that what was taken gets returned. I feel that there’s enough potential in the story that that it could be expanded into a standalone novella, which would please me to no end to read.

Bookstore shelves sag with the weight of New Jersey themed books. This book stands out as a gem since it doesn’t rehash old stories or tries to take itself too seriously. This is entertainment, pure and simple, made all the better by being set in the Pinelands. In all there’s twenty-one stories that will delight just about anybody who even has a casual interest in the Pine Barrens. The characters are interesting and fresh, the stories flow nicely, and the writing is superb. Pederson’s imagination shines behind every word in the book and it may just be that he might be one of the best new storytellers of our times.