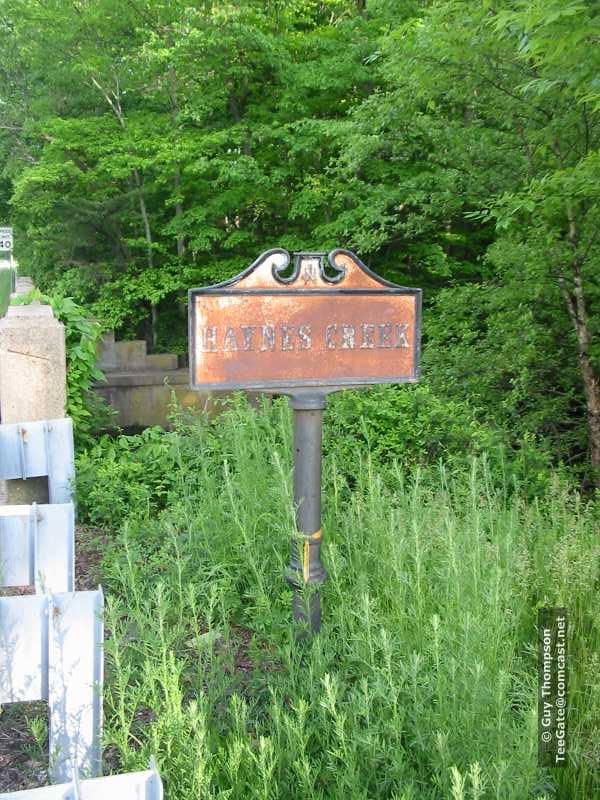 In years past the state placed signs along major highways denoting the names of the creeks, streams, and rivers that the highways passed over. Some of those signs still exist, and I have been wanting for the longest time to photograph as many as I could that I came upon. I pass two in particular all the time on Route 70, and this morning Jessica and I were quite a bit early for what we had planned to do in the pines, so I stopped and took a few quick shots of them. If you have the booklet put out by the Batsto Citizens Committee title “A Journey Through Atsion” that is for sale at Atsion and Batsto, you can view the one that was at Atsion Lake.

There most likely was one on each side of the road, and at one location there is. So the two photo’s with the same name on the sign are on opposite sides of the road. There was one along 70 near the Red Lion Circle that said “Bear Swamp”, but that unfortunately disappeared about a year or so ago. I am a little late getting started on this. If you know of any other locations, and want to pass that info on, I will try to stop in and get a photo. Or, post one of your own if you so desire.

Sorry about the odd lighting, but it was a little after 7AM this morning when I took the photo’s. The sun was not at a very good angle.