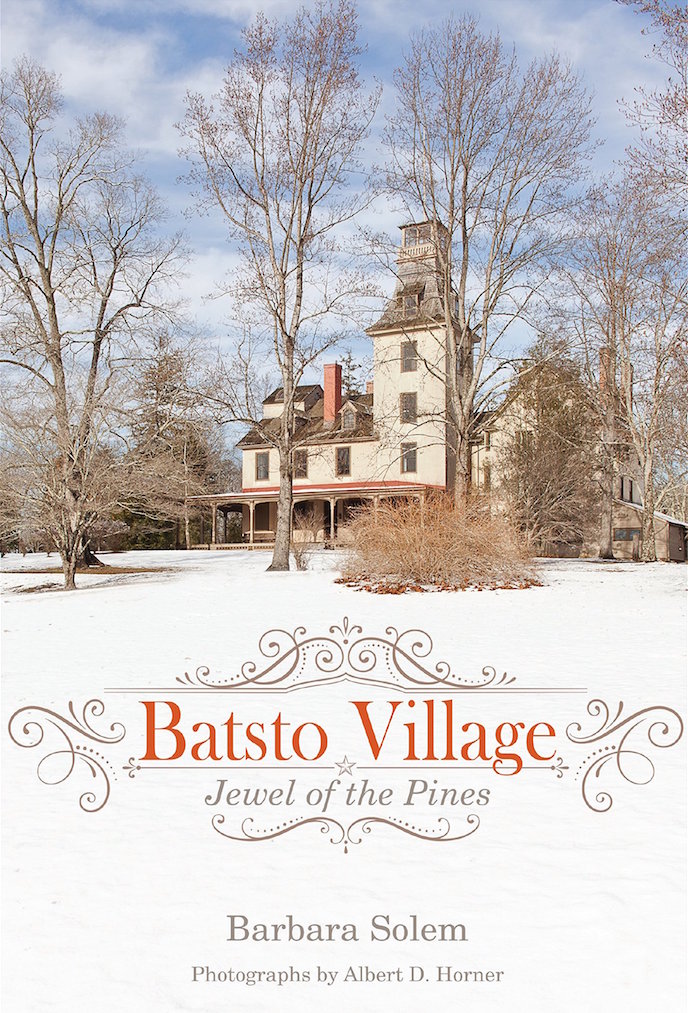 Between the 18th and 19th centuries the Pine Barrens were home to a number of industrial ventures. Iron furnaces, forges, glass, and paper factories dotted the landscape, springing up wherever abundant water power and natural resources were found. The legacy of those industries and the towns that grew up around them is largely lost to time; the odd scattering of bricks and rubble in a clearing and names marked on old yellowing maps are the only witness to those ventures and the people who lived and worked there.

Batsto Village is one of the few places that managed to avoid that fate. Charles Read established an iron furnace there in 1766. Less than a decade later Batsto’s iron products were considered so important to the Revolutionary War effort that George Washington exempted the furnace workers from military service.

Within a century all of the furnaces in the Pine Barrens had closed down, unable to compete with the Pennsylvania furnaces that were fuelled by less expensive anthracite coal. The owner of Batsto, Jesse Richards, realized that the days of iron production were over but that glass could be profitably made in the Pine Barrens. By 1846 the glassworks at Batsto was producing large amounts of window glass and the town was again bustling with life. The death of Richards in 1854, several fires, and labor unrest marked the beginning of the end of Batsto’s industrial production. In 1874, after years of decline the Philadelphia industrialist Joseph Wharton purchased the Batsto tract.

Barbara Solem’s new book Batsto Village: Jewel of the Pines takes a deep dive into all of the phases of Batsto’s history. Solem, author of the successful book Ghost Towns and Other Quirky Places in the New Jersey Pine Barrens, weaves a narrative that is both informative and entertaining as she covers the history of the town from pre-European settlement days to the modern day as an open air museum that is the crown jewel of Wharton State Forest.

Renowned Pine Barrens fine art photographer Albert D. Horner supplies beautiful full color photography for the book. Interestingly there are photographs of all of the rooms inside Wharton’s mansion at Batsto. If you have not had the pleasure of a mansion tour yet these photographs will surely get you excited to go on one. There are also a number of beautiful landscape photographs from around the village. Of particular note is a wide-angle shot of the mansion and general store after a fresh snowfall that succinctly captures the feeling of the village being frozen in time.

Working through the book, one might wonder if there will be any mention of what happened with the village after the state purchased. Luckily Solem devotes a chapter going into detail about the various restoration plans for the village as well as the archaeological digs that have been conducted. An interesting fact presented is that the first building to be restored was the sawmill, which was then used to make boards, beams, and shingles that were used to restore the other buildings. There’s no other book that goes into great detail about the post-1955 history of the village. That chapter alone makes this a valuable reference book.

Batsto Village: Jewel of the Pines is well written, fascinating, and is of interest to people who are interested in a casual history of Batsto. This is a book that I am proud to have on my shelf and I’m hopeful for another book similar to this from the author in the future.