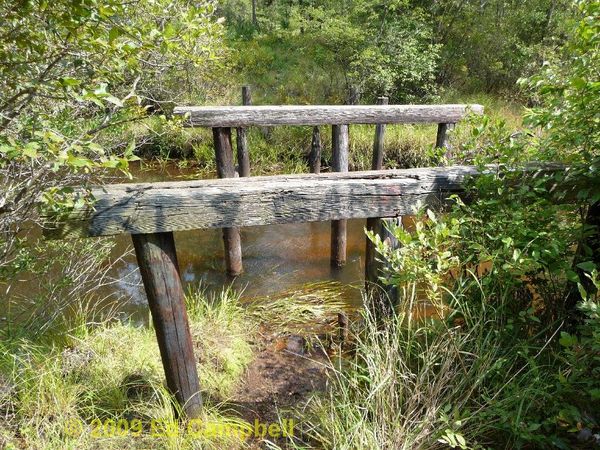 Lower Forge has always meant a campground to me. For decades I have hiked rode and paddled past the big hill of the Lower Forge campground. Recently I got to thinking about an actual forge in the vicinity and that little bridge just downstream of the camp ground known to some of us affectionately as Unbridge.

A couple of times at very high water I inadvertently missed that bridge, the water taking me to the east of it. There I passed pilings in the water similar to Unbridge. I realized that at certain times of the year there is an island between the two bridges so last September 5th I took advantage of the drought to explore the area.

Here is a map of the area with Unbridge visible and the island to the east on the right. 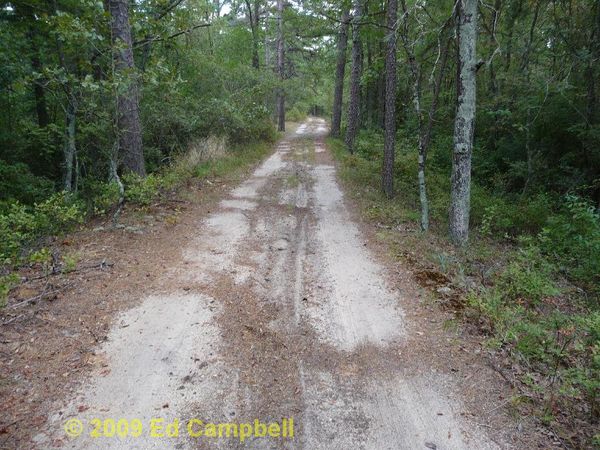 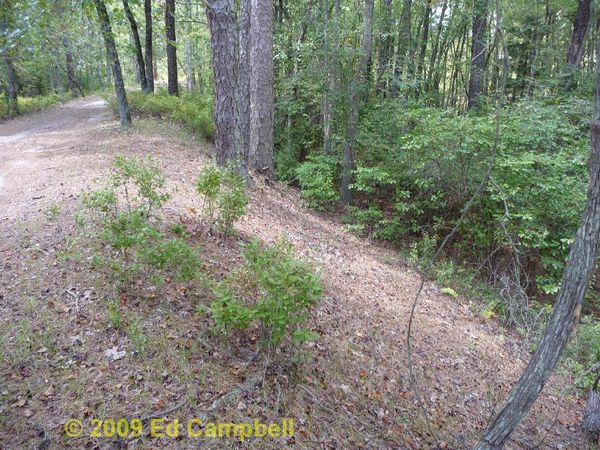 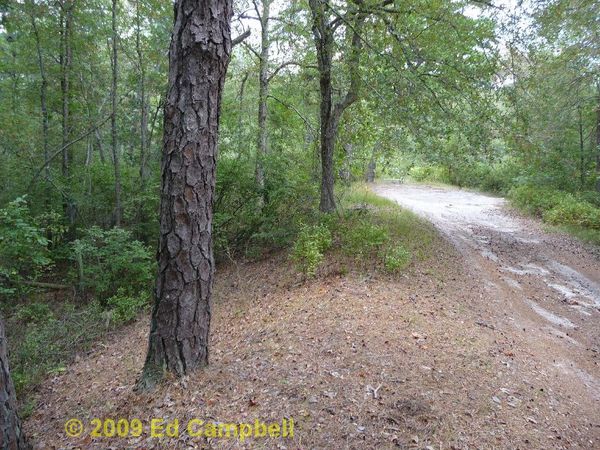 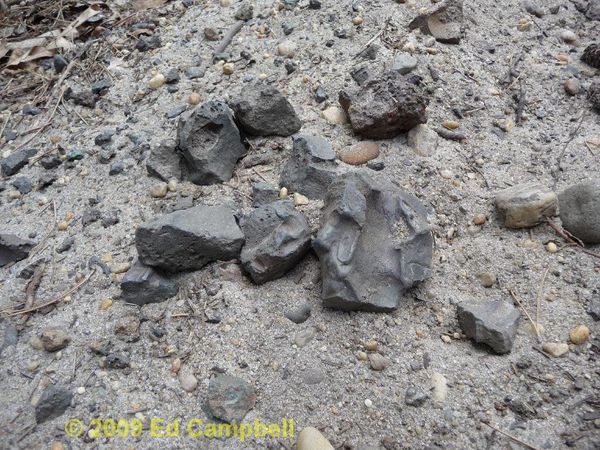 The slag thread explains a lot about the types of slag and how it was used for fill. 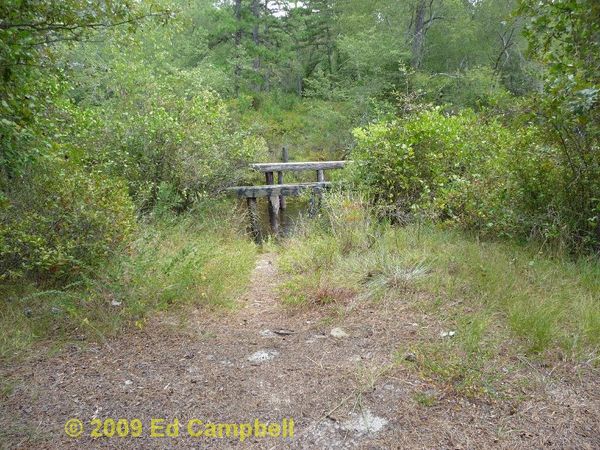 The bridge looking east towards the island. 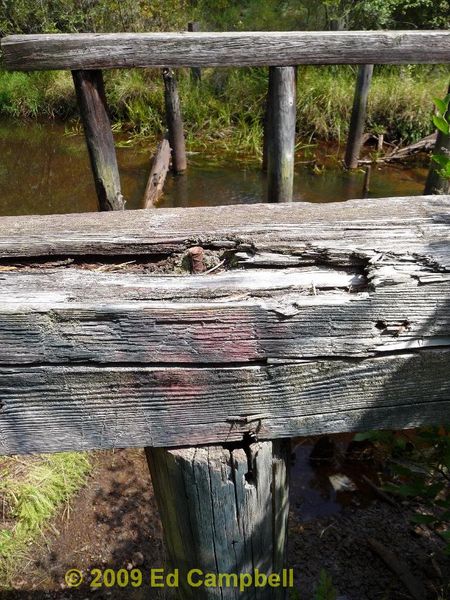 Interestingly it is pinned with rebar 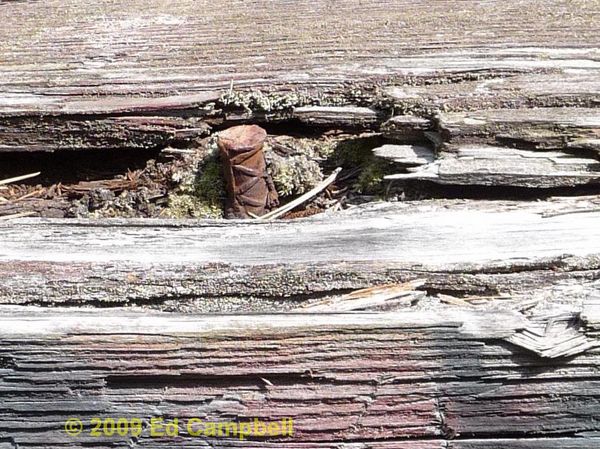 Well if there’s a bridge going to an island then I just have to investigate so back across Quaker Bridge and up the east side of the Batsto toward the Lower Forge campground. I parked and started walking at the “No Vehicles Allowed” sign and shortly came upon an old, unused road heading down to the river. 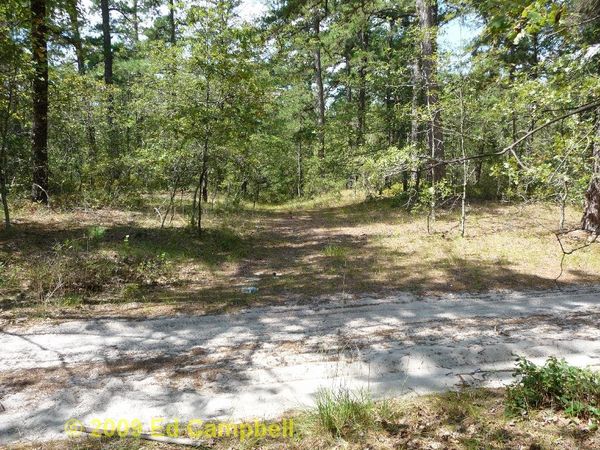 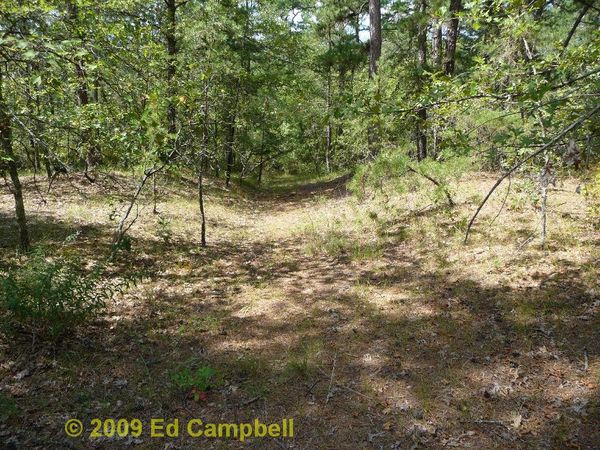 As I walked down hill I came upon these pilings that I had kayaked by previously at high water. 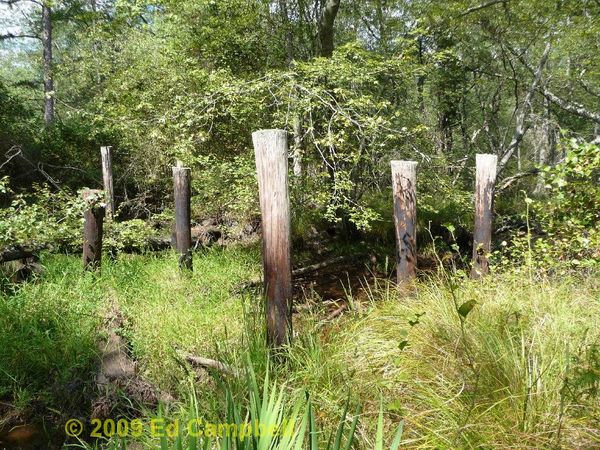 Looking down stream from the pilings I saw these logs spanning the stream bed. . I tried walking to them but immediately went up to my thighs in muck. 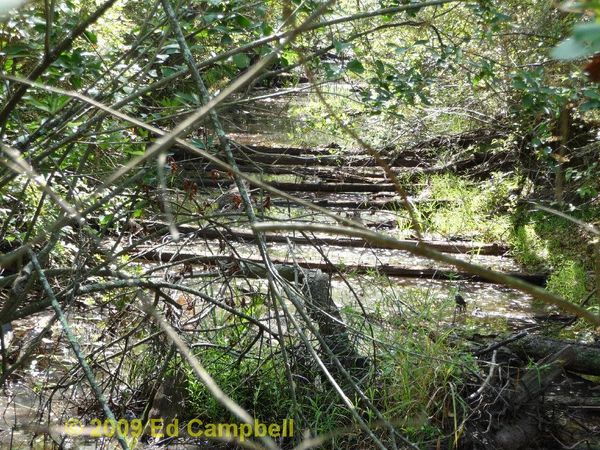 I am now on the island which surprisingly had very little disturbance. It didn’t seem to have been driven on and there was no slag. That is Unbridge from the other side. 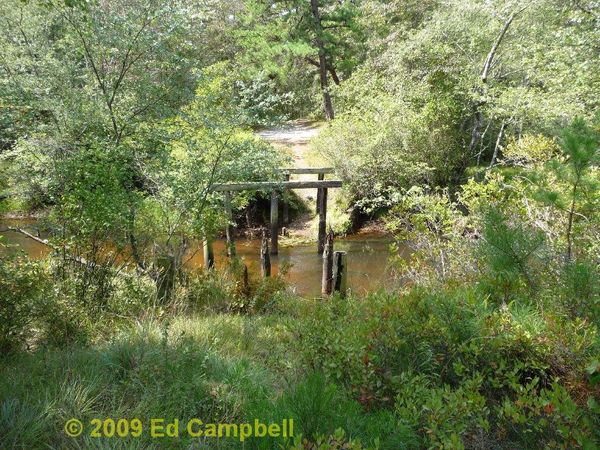 Looking downstream from Unbridge can be seen older wooded structures. 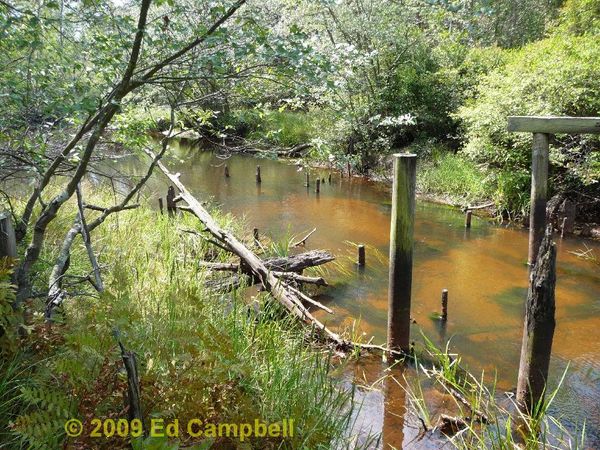 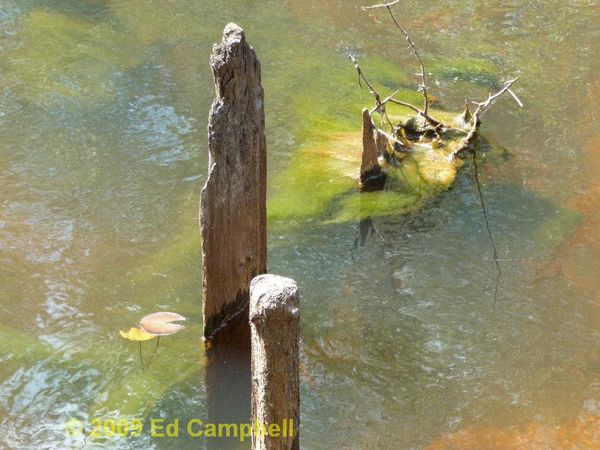 A line of old boards beneath Un-bridge. 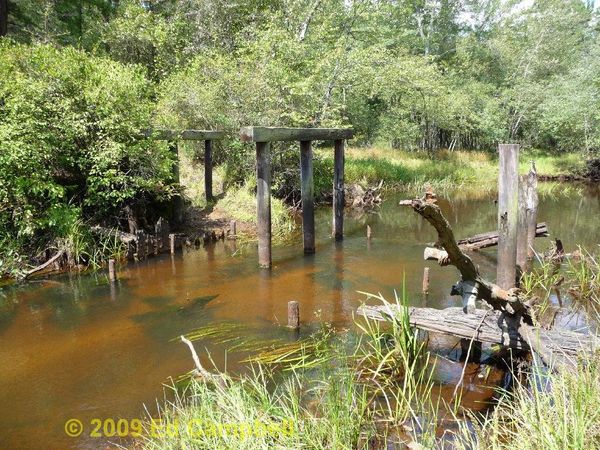 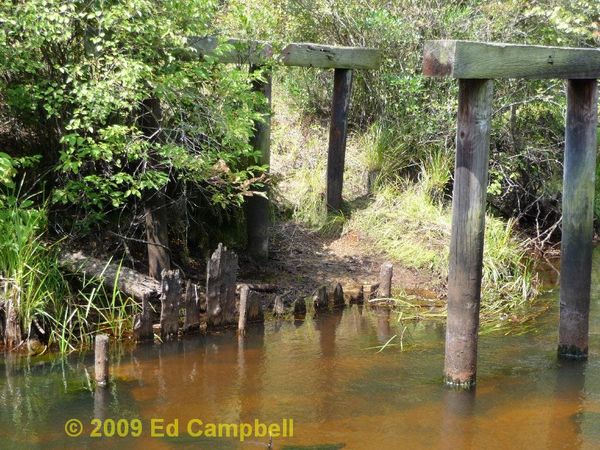 Except for the fact that someone along time ago went to a lot of trouble to build that causeway to the bridge location I started to wonder if there ever was a Lower Forge. I hadn’t seen any slag heaps or signs of a settlement so time to do some research.

In the book EXPLORING THE LITTLE RIVERS OF NEW JERSEY by Cawley , page 174 mentions the remains of an old dam at Lower Forge. Well I kayaked this stretch for decades and I never saw no dam but then a light goes on in my head (finally) I have been walking on the dam, it’s the causeway built to Un-bridge! It is very well placed, there is a wide flood plain upstream capable of storing a lot of water. Cawley states that their trip started at Lower Forge and mentions that there trip got easier once they were below “the remains of an old bridge”. To put a timeline on this, my copy of the book is from 1971, with the first edition in 1942. I know Guy has a picture of the bridge looking pretty much the same in 1978.

I remembered I have this wonderful book IRON IN THE PINES by Pierce. The book is well indexed but had nothing on Lower Forge so I thought, hey it’s down stream from Hampton Furnace so maybe I could find a connection, and after some enjoyable reading I found it. On page 42 it mentions two mystery forges.

Connected with the Atsion enterprise in all probability were two “mystery forges” off in the woods to the east. One of these was located by the Atsion River about two and one half miles below Atsion. Here once were locks used by ore boats headed for Batsto. The other was beside the Batsto River not quite two miles above Quaker Bridge. This forge was called Washington, and was connected with Hampton Furnace, farther upstream. There are banks of slag at each of these locations, while some remains of a dam may still be seen at the site above Quaker Bridge. It is now known that these installations, operated during the Richards era, and Washington Forge [not to be confused with Washington Furnace at Lakewood] was in use as late as 1850.

Isn’t it amazing how time erases things, I have a new eye for that river. I’ll be going back to look for the slag heaps when it dries out. The unnamed mystery forge is at a nice beach some of us call Locks Bridge. There is lots of glassy blue slag there. It’s hard to believe oar boats could navigate that part of the river. I remember seeing an ad for a forge for sale there but can’t find it now. I like to think that those old boards under Un-bridge were part of the forge. As for Un-bridge, because the island doesn’t appear to have seen traffic, I believe it was never completed.