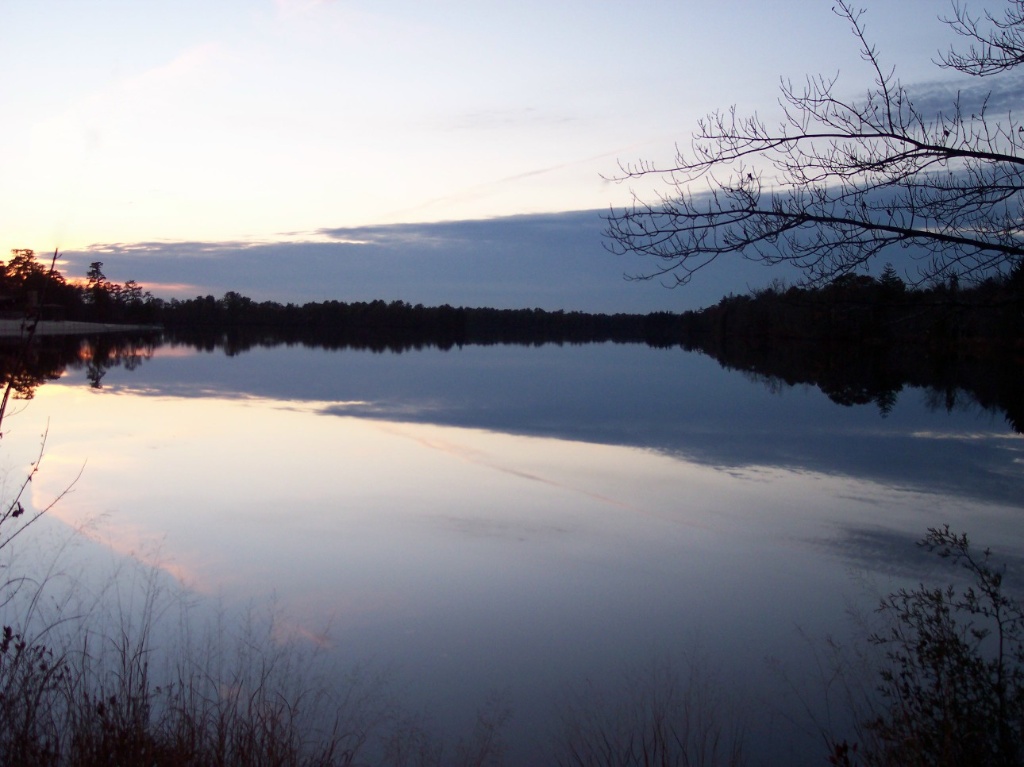 Henry Drinker, a wealthy Quaker merchant in Philadelphia, wrote: “I expect it will be nothing new to hear that we Iron Masters are in general a sett of Hungry, needy beings, frequently bare of Money and straining our credit.” The quote dates from 1790, when Drinker held a majority share of the Atsion works. Drinker likely penned these words after observing the founder of the ironworks and his business partner, Charles Read, rendered financially devastated due to his iron enterprises.

Charles Read III fit the definition of a renaissance man. Born in 1715, Read began his career as a merchant, working as a clerk for his father, before he departed for an education in England. Returning to Philadelphia by way of Antigua, where he had married, he assumed control of the family business left to him by his recently deceased father. He soon developed an interest in the lands of New Jersey, and shortly thereafter moved to Burlington where he soon entered political life. He progressed through a number of posts including: the offices of Deputy Secretary of the Province of East Jersey; Member of the Assembly, later, Member of the Council; Judge, and later Justice of the New Jersey Supreme Court . Read acquired several vast tracts of land throughout southern and central New Jersey and became one of the first people to recognize the potential for iron production in the New Jersey Pine Barrens, based on the resources available there.

Iron production started in New Jersey with the construction of the Tinton Falls furnace in 1674. Entrepreneurs subsequently established furnaces in North Jersey, smelting ore mined in nearby mountains. The land in South Jersey, largely pine and cedar forests, could not sustain subsistence agriculture. The trees, however, offered their owners a good return on their investment, and, soon sawmills and sawyers reduced the timber to dimensional lumber and cordwood for market in Philadelphia.

Read realized that the Pine Barrens had the perfect mix of ingredients to produce iron. Bog iron, or iron deposits created by the chemical reaction of bacteria with oxidized iron rich water that flowed through the bogs, was plentiful.  Numerous streams in the Pines could be dammed to provide power to machinery that would operate within the ironworks. The extensive forests seemed to promise a limitless source of wood for charcoal production to fuel the furnaces. The final ingredient— limestone—was available in the form of oyster shells, easily transported in from the bayshore. Read planned to build three iron furnaces: Batsto; Taunton; and Etna; and forges at Atsion and Taunton. The forge at Atsion would further refine pig iron brought in from Batsto—only a few miles away—into bar iron that could be sold or further worked into wrought iron products.

Parliament repealed the Iron Act in 1757 and Read wasted no time engaging in his first transaction for land that would eventually make up the Atsion property on September 10, of that same year when he signed a 999-year lease for 1,128 acres of land in Gloucester County from Thomas Gardiner and Daniel Ellis. Annual rent for this property amounted to four pounds, ten shillings. In 1765 he signed a number of deals in quick succession that would ultimately lead to the founding of Atsion, beginning with an agreement to cut all of the coal wood on John Estell’s land between the Batsto and Atsion rivers on May 23. On June 29 Estell, most likely acting as an agent for Read, obtained permission from the legislature to erect a dam across the Atsion River. On July 19 Read signed an agreement with John Inskeep, owner of the nearby Goshen sawmill, to purchase the 50-acre tract of land on which the Atsion forge would be built, with a restriction on the deed that stated that the land was to be used “for the erecting of an ironworks only and not to erect a saw-mill thereon.” Read also obtained permission to raise all of the ore within a mile and a half of Inskeep’s sawmill.

Having acquired the necessary land, Read found himself in need of money to build the furnaces. He sought financial backers in an advertisement he placed in the Pennsylvania Journal in 1765:

“Charles Read of Burlington, gives notice to the public, that he is possessed of several tracts of land, having in them streams of water, as constant and governable as can be wished… There is at all these places, plenty of food for the cattle from the middle of May to the middle of October.” The advertisement continued: “As Mr. Read’s situation renders it inconvenient to him to take upon himself the expense or care of works so extensive, he notifies to the public that it will be agreeable to him to let the conveniences to any gentleman of credit reserving a share of the produce, or to enter into a partnership with any persons a good dispositions, fortune and integrity.” The advertisement ended with a tantalizing summary: “The goodness of the iron, the visible quantity of the ore, the extraordinary situation, joined to the very easy land and water carriage, and its vicinity to Philadelphia, and easy carriage from two last mentioned works to New York, give works erected here preference to any on the continent.”

Read finished the construction of Batsto furnace in 1766. On January 26, 1768 he formed a partnership with David Ogden Jr. and Lawrence Saltar. Ogden purchased a one-quarter share of Atsion, and Saltar obtained a 24.9 percent share, leaving Read as the majority shareholder at 50.1 percent. Flush with cash, construction began on Atsion between 1767 and 1768. At the time of the completion, the forge comprised one of the largest in the area with four fires and two hammers. Read had some ore raised from nearby and sent it out for analysis—a sign that he either intended to construct a blast furnace on the site or ship the ore down the river to Batsto. The ore at Atsion was of exceptionally high quality: most samples contained 45-47 percent metallic iron and some samples contained between 53-56 percent.

Read soon found himself in financial trouble. He became overextended in his finances, his health started to fail, and his creditors began to demand money. In October of 1770, two years after the forge hammers at Atsion began tripping, he advertised his share of the works for sale. No buyers stepped forward. Another three years elapsed before Read got out from under Atsion by selling it to two business acquaintances, Abel James and Henry Drinker. Read signed over his remaining properties to his creditors and, in June or July of 1773, fled New Jersey for Antigua. There he unsuccessfully attempted to settle his late wife’s estate. He eventually settled in Martinburg, North Carolina. He opened a small store and, on December 27, 1774, died penniless and alone.

Back at Atsion, the new partnership flourished. David Ogden sold his share to Lawrence Saltar on April 2, 1773, and the remaining partners—Saltar, James, and Drinker—constructed a blast furnace at Atsion during 1774. This now made the Atsion works a direct competitor of Batsto, which John Cox Jr. had acquired from Read. Tensions ran high between the owners of the competing works as shown by several lawsuits that tied up the courts for years.

Workers dug a canal between the Mechescatauxin Creek and the Atsion River to increase the head of water flowing over the dam to accommodate the forge and new furnace at Atsion. This canal became known as Saltar’s Ditch. When the furnace went out of blast during the winter, workers would open up the floodgates of the dam to lower the level of water in the lake so that ore could be raised. The resulting flow of water flooded the downstream bogs that supplied ore to Batsto, limiting the amount of iron that Batsto could recover preparatory for when their furnace went back into blast. A second suit was filed regarding timber rights for the charcoal hungry furnaces and the use of the Atsion river for transporting material to the furnaces.

The outbreak of the Revolutionary War proved to be an economic boon to many of the furnaces in the Pine Barrens as orders for iron products to support the military increased. The management at Atsion was at odds with what to do, however, since Henry Drinker—a Quaker—was a pacifist while the other partners expressed eagerness to profit from providing iron products for the troops. The partners reached a compromise:  the furnace was allowed to go out of blast while the forge continued to operate under Lawrence Saltar’s management. Atsion forge produced a number of evaporating pans for the Pennsylvania Salt Works in Toms River as well as a quantity of iron— the exact products unknown—for the Pennsylvania Navy.

Saltar died in 1783 and left his share of the works to his heirs. The following year, Abel James declared bankruptcy and sold his shares to Henry Drinker, giving him majority control of the works. Ten years later, a fire broke out, causing extensive damage to the furnace and stopping production until repairs could be completed. Drinker estimated that the losses would be at least £1,000. Disaster struck again when a scow laden with 26 tons of finished iron bound for Philadelphia sank somewhere in the Rancocas during a storm.

In 1805, the now 71-year-old Henry Drinker advertised the Atsion property for sale for £15,000 and asked £12,000 for his share. No purchasers stepped forward. He later auctioned the property at the Merchant Coffee House in Philadelphia. Jacob Downing, Henry Drinker’s son-in-law, proffered the winning bid. It is likely that Drinker either loaned him part of the money to buy the works or only collected a partial payment as Downing related in an agreement dated December 30, 1808:

“notwithstanding the whole of the “Atsion Estate” was conveyed to me… I claim one half of the said estate only, the other half remaining to be the property of Henry Drinker, the elder, and I hereby bind myself, my heirs, executors, and administrators… that whenever I shall be discharged from all responsibility regarding my endorsements… of certain notes negotiated at banks in this city [Philadelphia] and that I will execute a good and sufficient deed, vesting in the aforesaid Henry Drinker… the aforesaid one-half of the premises above described.”

For the next ten years Atsion prospered, but 1815 marked the beginning of trouble for Downing. The post office, established there in 1798, was moved to Sooy’s Inn in Washington, eight miles distant along the Tuckerton Stage road, indicating that the works were either closed or the amount of mail passing through had decreased. Two years later, Downing took out a mortgage on the “West Mills Tract” (southeast of Atsion) from the Bank of North America, but, in 1819, he defaulted on the loan. On July 10, 1822, Samuel Richards purchased the property from the bank. Downing borrowed more money and consequently fell further into debt. By 1823, the ironworks were completely deserted and Downing died within a year.  With Downing’s death, Samuel Richards obtained full ownership of the abandoned ironworks and its village.

John Fanning Watson, the noted antiquarian and historian of Philadelphia passed through the pines on his way to Long Beach Island. He recounts his visit to Atsion in his book, The Annals of Philadelphia:

Was much interested to see the formidable ruins of Atsion iron works… They looked as picturesque as the ruins of abbeys, etc., in pictures. There were dams, forges, furnaces, storehouses, a dozen houses and lots for the men, and the whole comprising a town; a place once overwhelming the ear with the din of unceasing ponderous hammers, or alarming the sight with fire and smoke, and smutty and sweating Vulcans. Now, all is hushed; no wheels turn, no fires blaze, the houses are unroofed, and the frames etc., have fallen down, and not a foot of the busy workmen is seen.

In the next installment, Samuel Richards will breathe new life to Atsion, rebuilding and expanding the works and marking a new era of prosperity to the town.